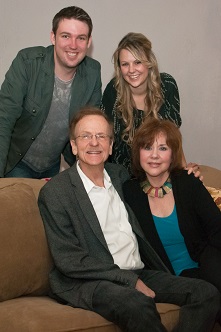 Dr. Andrew ChristensenDistinguished Professor of Psychology
University of California, Los Angeles (UCLA)
Dr. Christensen received his Ph.D. from the University of Oregon and did his internship at Rutgers University Medical School. He studies couple conflict and couple therapy and has published over 150 professional articles, primarily on these topics. He is co-author of the influential scholarly book, Close Relationships (Freeman, 1983, reprinted in 2002). For therapists, he authored Acceptance and Change in Couple Therapy: A therapist’s guide for transforming relationships (1998, Norton) with Neil S. Jacobson. He also completed a book for couples, Reconcilable Differences (2000, 2014, Guilford) with Dr. Doss and Dr. Jacobson.

With support from the National Institute of Mental Health, he conducted the largest clinical trial ever done evaluating the impact of couple therapy, including the couple therapy on which the OurRelationship program is based. His therapy approach and research have been cited in the Washington Post, New York Times, Newsweek, Time Magazine, U.S. News and World Report, USA Today, and other magazines and newspapers.

He lives in Los Angeles with his wife of over 30 years, Louise Macbeth, also a clinical psychologist. They have two grown children. 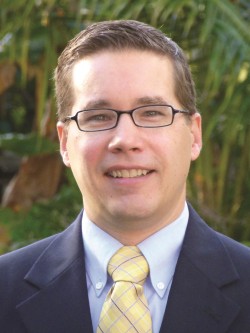 Dr. Brian DossAssociate Professor of Psychology
University of Miami
Dr. Doss received his Ph.D. from UCLA, completed his internship at the Medical University of South Carolina and the Ralph H. Johnson Veteran Administration Hospital, and was an Assistant Professor at Texas A&M University for 5 years before moving to Miami.

He has published over 50 articles on romantic relationships and received multiple grants from the National Institutes of Health and Administration for Children and Families – including the grants to develop and test OurRelationship.com. He teaches undergraduate and graduate classes on couple therapy and romantic relationships. His research is focused on ways to increase the reach of couple interventions, including OurRelationship and a self-help book titled Reconcilable Differences that he published with Dr. Christensen. Dr. Doss’ research has been cited on The Today Show, CNN, MSNBC, the New York Times, the Miami Herald, and elsewhere.

He has been married to Dr. Amanda Jensen Doss (also a clinical psychologist) since 2004 and they have two children. 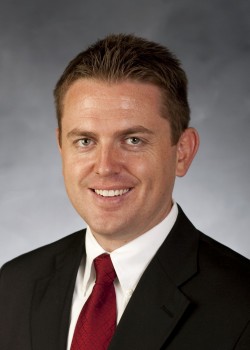 Dr. Scott R. BraithwaiteAssociate Professor of Psychology
Brigham Young University
Scott R. Braithwaite, Ph.D., is an associate professor of psychology at Brigham Young University. He developed ePREP based on the internationally recognized Prevention and Relationship Education Program (PREP; founded by Howard Markman and developed over decades with Markman, Scott Stanley, and their team at PREP, Inc.). Braithwaite saw the need for making relationship education more widely available to people through electronic dissemination. He, along with his colleague Frank Fincham, began to test ePREP in 2004, having now published four studies on it. Beyond on ePREP, his primary research interests center on preventing marital distress and divorce as well as enhancing marital health. He also studies basic processes such as why some marriages thrive while others fail and how partner selection influence marital health and stability. Finally, he is interested in the association between close relationships and physical or mental health. 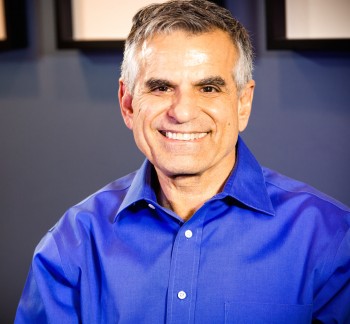 Dr. Howard J. MarkmanProfessor of Psychology
University of Denver
Howard J. Markman, Ph.D., is a professor of psychology and director of the Center for Marital and Family Studies at the University of Denver. His research focuses on the prevention of relationship distress, including risk factors for divorce, communication dynamics, and analysis of relationship education program impacts. Much of his research has been funded by the National Institutes of Health (NIH) or the National Science Foundation (NSF). Markman founded The Prevention and Relationship Education Program (PREP) designed to help couples improve their odds of succeeding at maintaining happier, healthier relationships and to reduce the likelihood of divorce. Markman and his team (including Scott Stanley and numerous colleagues) have steadily revised and updated version of PREP over several decades, with variations of PREP being used in various countries around the world. Markman has co-authored numerous books including Fighting for Your Marriage, 12 Hours to a Great Marriage, and We Can Work it Out.

Dr. Scott M. StanleyResearch Professor of Psychology
University of Denver
Scott M. Stanley, Ph.D., is a research professor at the University of Denver. He has published extensively in the field of research on couples and families: core research interests include relationship commitment, couple development, and on assessing the impact of programs designed to strengthen relationships and marriage. Recent research has focused on how premarital experiences relate to the quality and stability of marriages. He is a co-developer (with long-time colleague Howard Markman and their team) of The Prevention and Relationship Education Program (PREP), which is used world-wide to help couples strengthen their relationships. He and Markman started the business of PREP (e.g., PREP, Inc.) to disseminate high quality, relationship education materials to couples and individuals. Stanley has authored or co-authored numerous books including A Lasting Promise, Fighting for Your Marriage, and The Power of Commitment. His writes a popular blog (slidingvsdeciding.com).